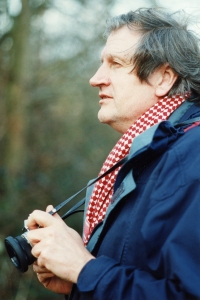 Born 1936 in Caterham, Alan Hills spent his childhood surrounded by RAF blue. He attended 15 different schools, a combination of RAF life and the War.

In 1946 he joined his RAF father, stationed in Palestine. He was taught how to print photographs there. Later he remembered the feeling of developing those photographs – and the RAF offered the training. 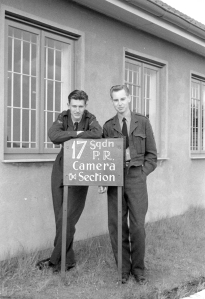 Alan spent 12 years in the RAF and Seletar was a place he often mentioned. Happy days in a lovely place, hardly a better posting, and so many friends made. JARIC/CPRU and 390MU, and the tea breaks. The curries. He met Pam Ayres on a boozy evening at the Malcolm Club. And Bugis Street where they would play noughts and crosses.

He left the RAF on a Friday in 1968, and started his job at the British Museum the following Monday. He spent over 30 years there, working as a photographer. It was where he met Rita, his wife of over 50 years, who worked in the British Library.

He often talked about his time in the RAF. Happy days. Seletar days. That was where he became a photographer.