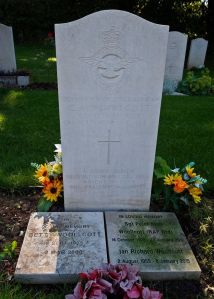 Hugh Philps I have today (30 July 2020) found Chris Woollcott’s headstone in Houghton Village Cemetery. It is in good condition within the Military area. It is the 4th in, diagonally from the front (has a bit of tinsel on it) should anybody be passing. The cemetery is not in the village but alongside the A1123. Looks as though he is in company with his Mother, Father & Brother. I’ll put some there in March next year.

RIP Chris, you have not been forgotten. 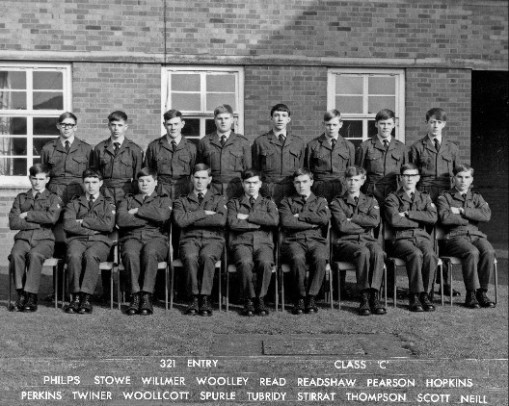 Ken Clark RIP Chris
Dsg Read Thanks for that Bob Iley – I wondered where his grave was – I’ll pay him a visit soon as he’s not far away from where I now live
Steve Mullis RIP Chris.☹️
Andrew Stirrat RIP Chris
Kris Mercer I remember the day of the funeral sad day indeed. The first of 321 to pass. And so young too!!
Rick Brewell So sad. RIP Chris. Kris Mercer…..was it Coltishall where he passed?
Dsg Read -> Rick Brewell I think he was at Wyton
Kris Mercer Yes Wyton, Hugh, myself and I think Chris Goodwin attended the funeral.
Hugh Philps It was Wyton, in the NAAFI, I believe after Rugby training.
Chris Perkins -> Hugh Philps I heard he drank a cold drink, after a training workout, and it was that cold shock, that caused his death
Hugh Philps -> Chris Perkins I have heard that as well, but who knows after all this time. Pity about this COVID stuff could have met up, I’m only a 15 min cycle ride away.
Kris Mercer -> Chris Perkins I understand it was a cold pint of milk which was his normal tipple after a workout session.
Alan Bridges How sad to be taken so young, RIP Chris
Chris Perkins I’m up that way in a couple of weeks will pay a visit