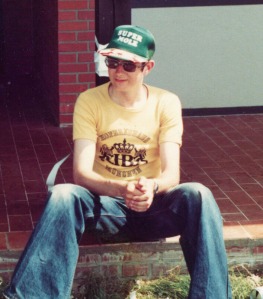 I knew Dave Rees for only a few years between 1978 and 1982.
Dave arrived at Coltishall straight from the School and immediately earned the nickname ‘Merlin’ after the then home secretary Merlin Rees, and his likeness to ‘Wart’, the young King Arthur in Disney’s Sword in the Stone.
Dave was from North Wales, and spoke Welsh well enough to drive many to distraction with his Welsh put-downs. Dave had a great sense of humour and was an equally great team player.
Early in 1980, I was posted to Guetersloh and a few moths later Dave was posted to Laarbruch. We regulary had home and away TG 14 barbecues with the 4 Sqn RIC, camera, recce pod and linescan bay troops, with Dave and many of the II(AC) guys in attendance. I still have clear memories of Dave in a ‘borrowed’ chef’s hat with a bottle of Wobbly in hand at the barbecue flipping bratties, burgers, and chicken. Happy days mate, Kia Kaha.
The picture is of Dave in his ‘Super Mole’ baseball cap at the Rhein Army Summer Show, Bad Lippspringe (Paderborn) July 1981
Edrychwch i lawr a gwên. (Look down and smile.) 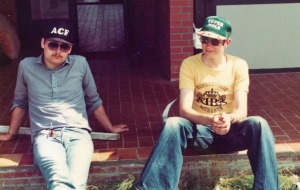 One thought on “Dave Rees”