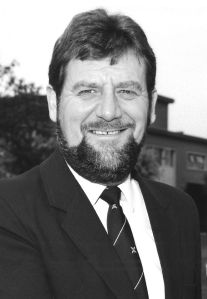 Yesterday I had an unexpected call from a lady called Karen Chance. She informed me that her dad Jerry had passed away in hospital on Wed 15 April. this was after complications set in after a failed hip replacement op. I am still in shock over this as Jerry was a great friend who Yvonne & I had known for many years. Since in fact he took over from me in JSPRS in Hong Kong and later as a colleague at DSOP where we were both instructors.

Jerry was living in Pembrokeshire with his wife Mary. I have no further details.

Jerry joined the Royal Air Force at fifteen and a half as a 40th Entry Boy Entrant in 1960. He served for 24 years in the photographic trade and after leaving he became a civilian instructor at JSOP for a further 5 years. During his time as an instructor Jerry became well known for being very conscientious in ensuring that his students did well during their training. 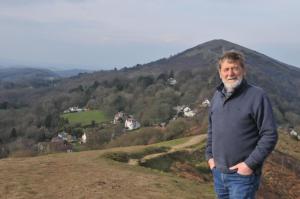 Jerry took an early retirement in 2002 at the age of 58 for health reasons.

Photo of Jerry taken by his wife Mary on holiday a few years ago doing something he loved, enjoying the fresh air and countryside.

Dave Kerry Such sad news. I knew Jerry from my time on 3MFPU at Laarbruch in the late 60’s. He was always such a happy, smiling friendly guy.. RIP Jerry and my condolences to the family.

Derek Adamson Jerry was my Sgt at Cosford when I was on my Photo G course 76, top bloke

Dave Peel Sad news. Gerry was a good guy who I remember always had an encouraging word. RIP

Don Lambert I knew Jerry , but cant remember from where. Codolences to all his family.

Josie Ward Sad news. RIP. We met him in early 70s in Cyprus.

Robert Bishop Oh Stan, that’s really sad. He was a great instructor! I was in G86 from 27th March 1985 to the 1st November 1985. You we’re running colour at the time, I think or maybe FS. He and Mick Lebeter were running our course, with Mick following us all the wa…See more

David Bassett Thank you Stan, Rest in Peace Jerry. Condolences to all his family and friends, Per Ardua Ad Astra

Tina Woosnam I’m sure I remember my dad talking about Jerry being with us in Cyprus. I hope they can both enjoy a heavenly beer together and reminisce about the old days RIP 💖

Mike Speake RIP Jerry. I was only looking at a photo of him and Wendy yesterday pictured when they lived in Shifnal. God bless

Donald Adams From 795 to 797, we joined up together in 1960 and been best mates since, sometimes in the same section, sometimes not. Our time in Cyprus, along the bypass on a Friday ending up in Hero’s Square, they are impossible to replace and will always be remembered. Rest in peace my old mate and save a place for me.

David Ketcher Like Roddy, I knew Jerry at Chivenor. Had many a session at the Market Inn on a Friday lunchtime!

Rick Brewell Such sad news. Jerry was previously the MOD photographer in my old job DPR(RAF) around 1985. RIP.

Richard Davies Oh that is sad news indeed. Jerry was an excellent instructor. I remember arriving at Cosford after Swinderby in January 1987 and feeling nervous ( and excited) about the next six months on Photo(G) 96. Jerry played an important role in making the course as enjoyable as it was but also was an antidote to the stricter military side of Cosford life. Like good teachers at school, he will be remembered fondly.

Ian Prendergast Poor Jerry, I remember him from the MFPU at Laarbruch in the late 60s.

Simon Ellis We are so sad. Jerry was a great friend of ours – Ran the Akrotiri Section whilst I was there ’72 – ’74 – used to baby sit the children – one nicknamed bondu boot! We all had such a great time in Cyprus. Back in the UK we used to meet up when he was MOD PR. RIP Jeremy Bear.

Harry Carmichael so do I and in Malta nice bloke

Chris Kakol Bugger!! Jerry was a civvie instructor on my Photo G80 course at JSOP in 1984. Very fond of the man. Tough course and his sense of humour made it a bit more bearable. Saw him last on my PR Photography couse in 1985.

Don Lambert Can someone post a picture of Jerry Chance just to remind me please.

Roddy McNeil This would be about 1974 in Cyprus

Donald Adams Remember them well, I was on 13 Sqdn at the time, left in late ’73.

Robert Clarke Don There is a group photo from 86 on JSOP page that you have commented on. Jerry is 3 rows back, behind Stan Leeds and to his rt, 2 to the left of me.

Don Lambert Thanks Nobby — I will look.

Brian Berkeley-White I know the name (Jerry Chance), but I can’t put a face to that name.